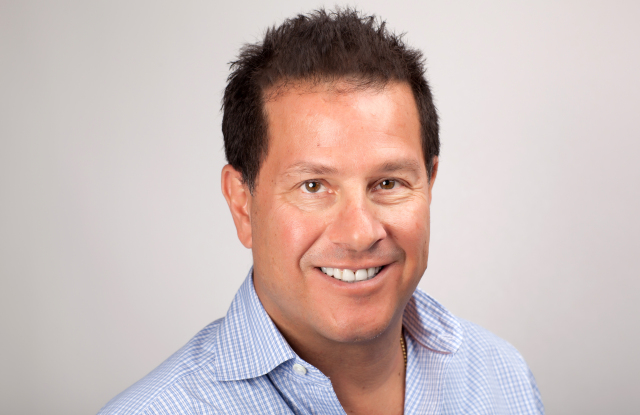 The founder and CEO of Authentic Brands Group submitted the winning bid late Tuesday to purchase Brooks Brothers for $325 million.

Now you can add BrooksBrothers and LuckyBrand to the herd.

On Tuesday, Sparc Group, a partnership between Salter’s company and Simon Property Group completed a deal to acquire the venerable Brooks Brothers for $325million, a $20 million increase from its initial offer submitted last month.

No other bidders came forward and a sale hearing will be held on Friday.

The way the deal played out was quintessentialSalter. Although his company had expressed interest in Brooks Brothers for many months — even reportedly making an offer that owner Claudio Del Vecchio declined early on in the process — when the company finally filed Chapter 11last month, it did so with $75 million in debtor-in-possession financing in place from ABG’s competitor WHP Global.

That didn’t sit well with Salter. Within days, he upped the ante by coming forward with a larger DIP financing package of $80million, the stalking horse bid and a go-forward strategy.

“It’s still early days, but we are looking at a global plan, which includes continuing with most of the brick-and-mortar stores and driving the e-commerce and wholesale businesses,” Salter said at the time. “We are working hard to sustain most of the operations and people in place around the world so that we may carry forward the great brand thatClaudio Del Vecchio and his team have built.”

Although Brooks Brothers attracted interest from a lot of different players — Marquee Brands and Solitaire Partners in addition to WHP — none of the others is as well-capitalized as ABG. Last summer, BlackRock, through its Long Term Private Capital arm, invested $875 million into the brand management company. Other partners in ABG includeLeonard Green & Partners, General Atlantic, Lion Capital and the two big mall developers, Simon and Brookfield Property Partners.

Whether ABG will respect the history BrooksBrothers has built over the past 202 years is causing angst among the company’s staff and customers, but a source close to Salter said their fears may be unfounded.

Under the terms of the deal, Sparc has agreed to continue operating at least 125 stores, but that number may ultimately go higher. “He’s going to keep 200 stores, the e-commerce and the majority of the employees, along with the joint ventures in Japan, China, South Korea and Mexico,” one said. “He’ll change the look and feel of the merchandise and focus on way more sportswear, but there will be suits, too. He doesn’t want to upset the existing customers.”

What is often overlooked is that ABG is more than just a brand management firm. It operates some 5,500 freestanding stores and shops-in-shop around the world and its retail, wholesale and e-commerce operations account for a little more than $4 billion in sales. Over the past four years, Salter has begun putting more emphasis on purchasing brands and retaining the retail stores and e-commerce operations rather than acting as purely a licensing agent.

Case in point: He bought Forever 21 earlier this year for $81.1 million in partnership with Simon and Brookfield PropertyPartners; kept the 448 stores in the U.S. as well as a couple hundred more around the world; hired Daniel Kulle, a 24-year veteran of H&M, as CEO, and charged him with modernizing the business, updating its social media strategy and elevating the store experience.

Salter is expected to follow the same playbook with Brooks Brothers.

Brooks Brothers is expected to place more emphasis on sportswear after it is sold.

In addition to Brooks Brothers, Salter is also expected to finalize the acquisition of Lucky Brand Dungarees on Wednesday. Like Brooks Brothers, Lucky also filed bankruptcy in July and ABG, through the Sparc Group, entered into a stalking horse agreement for that label.

ABG has emerged as a significant player in a number of recent bankruptcy auctions. Last fall it prevailed in purchasing the assets of Barneys New York, ultimately liquidating its stores and licensing its intellectual property for use at Saks Fifth Avenue.

The licensing company’s apparent dominance in these proceedings speaks to the quick pace of bankruptcies and the dwindling options for bankrupt retailers. This dynamic has only been exacerbated during a pandemic that initially led to months-long store closures, and which still requires significant restrictions on in-store shopping.

In the first place, retailers in Chapter 11must meet tight deadlines in order to avoid slipping into a liquidation — there are both lender-imposed deadlines to find suitable buyers, and there are deadlines imposed by the bankruptcy code to make quick decisions about which stores to keep open and which to close down. Retailers in bankruptcy generally have 120 days to decide which stores they plan to retain, and can seek a 90-day extension.

The time crunch and real-estate considerations together put pressure on retailers hoping to survive. In order to keep a store open, the bankruptcy code requires retailers to pay any unpaid back rent it owes on that location — in practice, the funds to do so would often have to come from prospective buyers willing to include such back-rent amounts, often exorbitant sums, in their offer. This means that bankruptcy auctions aren’t the most competitive marketplaces with a lot of would-be takers.

“One of the consequences to this is the purchaser pool at these bankruptcy auctions is quite limited,” said Jeffrey Chubak of Amini LLC, who focuses on bankruptcies, commenting generally. “And there aren’t that many companies in this game of buying up intellectual property assets.”

And in cases where it has made going concern purchase offers, ABG has teamed with landlords seen as being incentivized to ensure the survival of important tenants.

“If they’re not proactive about creating partnerships, then their business is going to suffer for it,” Chubak said, referring to retail landlords.

Sparc, which is a 50-50 partnership betweenABG and Simon, manages Aéropostale and Nautica and will oversee both Lucky andBrooks Brothers when the deals are finalized. Forever 21 is majority owned by ABG and Simon but Brookfield has a 25 percent interest.

Salter’s meteoric rise in the fashion and retail business is impressive. The 57-year-old Toronto native started his career in sports marketing and was the cofounder of Ride snowboards in the early Nineties. After that company went public, he and Fanatics’ founder and executive chairman Michael Rubin created Global Sports Inc., which eventually became GSI Commerce. Once he exited that business, Salter turned his attention to licensing, cofounding Hilco Consumer Capital. Then in 2010, he formed ABG.

As he told WWD in an in-depth interview lastJuly: “I had this idea to go buy brands and we did that with Hilco. I became the CEO of Hilco Capital, which was a company that Jeff Hecktman and I started. I owned one-third, he owned two-thirds and after around four years, I realized that this should all be one platform. In those days, we were doing it one by one. We had Caribbean Joe, Ellen Tracy, Polaroid, Bombay, Linens ‘n Things and Sharper Image, but all of those assets had different partnerships and it was very difficult to manage them. So I finally went to Jeff and said, ‘I’d like to buy all the assets and put them under one roof.’ I think we had around $225million [invested] in all the brands we had bought. I offered them $450 million and they turned me down. Not only did they turn me down, Jeff let me go. That was in 2010. I left and went out and told my story and ended up partnering with Leonard Green. And here we are 10 years later.”

In the Media
No items found.