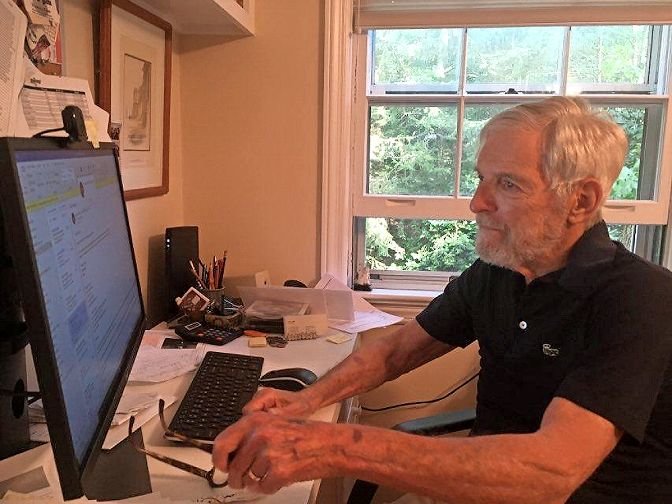 After 24 years, lawyer helps prisoner out of solitary

In 1996, cell phones weren’t quite a thing. Students didn’t type essays on laptops, or anywhere other than a stationary computer or even a typewriter. Bill Clinton was president, but his relationship with young intern Monica Lewinsky hadn’t yet come to light. Twenty-four years ago, Imhotep H’Shaka — already serving time for homicide — roughed up a guard, earning him a trip to solitary confinement. And there he stayed, in a 9-by-11-foot cell, through the rest of 1996, 1997, the rest of the 1990s, and into the 21st century. Past 9/11, and even through the entire George W. Bush presidency.

H’Shaka was supposed to be released back into the prison’s general population in 2010, but guards decided to hold him in the cell for an additional decade, citing concerns for the safety of other prisoners if he was released. This despite what court documents described as a long record of good behavior. There’s a good chance H’Shaka could still be in solitary confinement even today, if it weren’t for the three-year effort from a team of lawyers from Amini LLC and Prisoners Legal Services of New York — a team that included Eric Seiff, who moved to Riverdale more than 30 years ago. Finally, just as July 2020 was getting under way, H’Shaka was finally released from his small cell, earning a chance to interact with other prisoners once again. “We got into it and saw how irresponsible the corrections department had been in overseeing his particular situation,” Seiff said. “In other words, there had to be reviews every 60 days. As the years went on, they kept saying, ‘You’re doing wonderful, you’re doing wonderful, but that was a terrible crime you committed.’ It became quickly apparent that they were never going to let this guy out.”

Digging up bones in Egypt?

Seiff has had a long legal career spanning across the globe that has included some well-known court cases before he defended H’Shaka. “I was in my senior year of college and I didn’t know what I wanted to do,” Seiff said. “And I was too squeamish to take biology for medical school, and probably too limited in my daring to do something like archaeology— which really interested me. But I knew I wanted a family, and I didn’t knowhow I would do that in the middle of the Egyptian desert.” He started in the private sector but didn’t much like it, he said, and also quickly realized he didn’t want to work for the U.S. government abroad after he moved to Rio de Janeiro as part of the Alliance for Progress. One of his best jobs, Seiff said, was working as part of a special commission under Gov. Hugh Carey, which investigated issues in the criminal justice system — including mishandling by police and prosecutors of the Attica prison riot case of 1971.

The Attica uprising was an early display of the prisoner’s rights movement, which helped start reforms that would ultimately improve state prisons over the next few decades. Finally, Seiff ended up working as an “18B” lawyer, working as a private attorney on cases assigned by the state. “I found it very fulfilling,” Seiff said. “I’m a great believer in the right of the individual to address charges by government. Because government is imperfect and it makes mistakes, and I think individuals need assistance. And especially in the criminal justice area.” In 2002, Seiff represented Korey Wise, one of the Central ParkFive, as he fought to have charges against him tossed out. He was successful, and Wise was released from prison more than 13 years after he and four other men were wrongfully imprisoned for the 1989 rape of a jogger in Central Park. “Prisoners’ rights is not something at the forefront of theAmerican conscious,” Seiff said. “Even now, where it’s been a better response in the last year or so than there has been before, there are so many other things that take precedence.”

Out of sight, not out of mind

While the prison population in New York is large, what happens to them only impacts their immediate friends and family members, Seiff said.For everyone else, it can be easy not to spend much time thinking about them. But the prison system — especially solitary confinement — can be brutal. “We see how many reports there are of individual damage to people who are being confined in their apartments for four months,” Seiff said, referring to the stay-at-home orders that have come with the coronavirus pandemic. “Think about living four months in a 9-by-11 cell. No less 40 months.No less a year, or two years, or 10 years.” Just having legal representation and a team of lawyers fighting for his right to get out of solitary confinement boosted H’Shaka’s morale, said Bijan Amini, another member of the team who worked closely with H’Shaka.

“My assessment was that he has come a long way in terms of dealing, emotionally, with what he was facing,” Amini said. “The last time he had real meaningful social interaction with somebody, he was 22 years old. And he is now 46. And you can imagine what that does to somebody.” Under different circumstances, Amini said, H’Shaka is someone he might enjoy sitting and talking with. Even with so many years isolated from everyone else, H’Shaka still won’t face parole anytime soon, Seiff said. But, until then, he’ll be able to talk, eat meals, and exercise with others. “I’m convinced he’s going to be very, very productive,” Seiff said. “He’s just determined to get an education, and he’s got some real interests, and some real talent. He’s a leader and he really wants to talk, and he speaks very intelligently. It’s a real blossoming that you can expect.” In a phone call, Amini said, H’Shaka had asked if he had ever seen a rabbit. “I’m thinking to myself, ‘Have I ever seen a rabbit? I almost drive over one every other day.’ He said, ‘I’ve never seen a rabbit.’ There was a rabbit in the yard, and he got a bunch of guys together and they tried to catch the rabbit, it became like a sport. They weren’t able to, of course. The guards got in on it. Just to see the joy of that, when you think of twenty years of looking at four walls of concrete.”

In the Media
No items found.